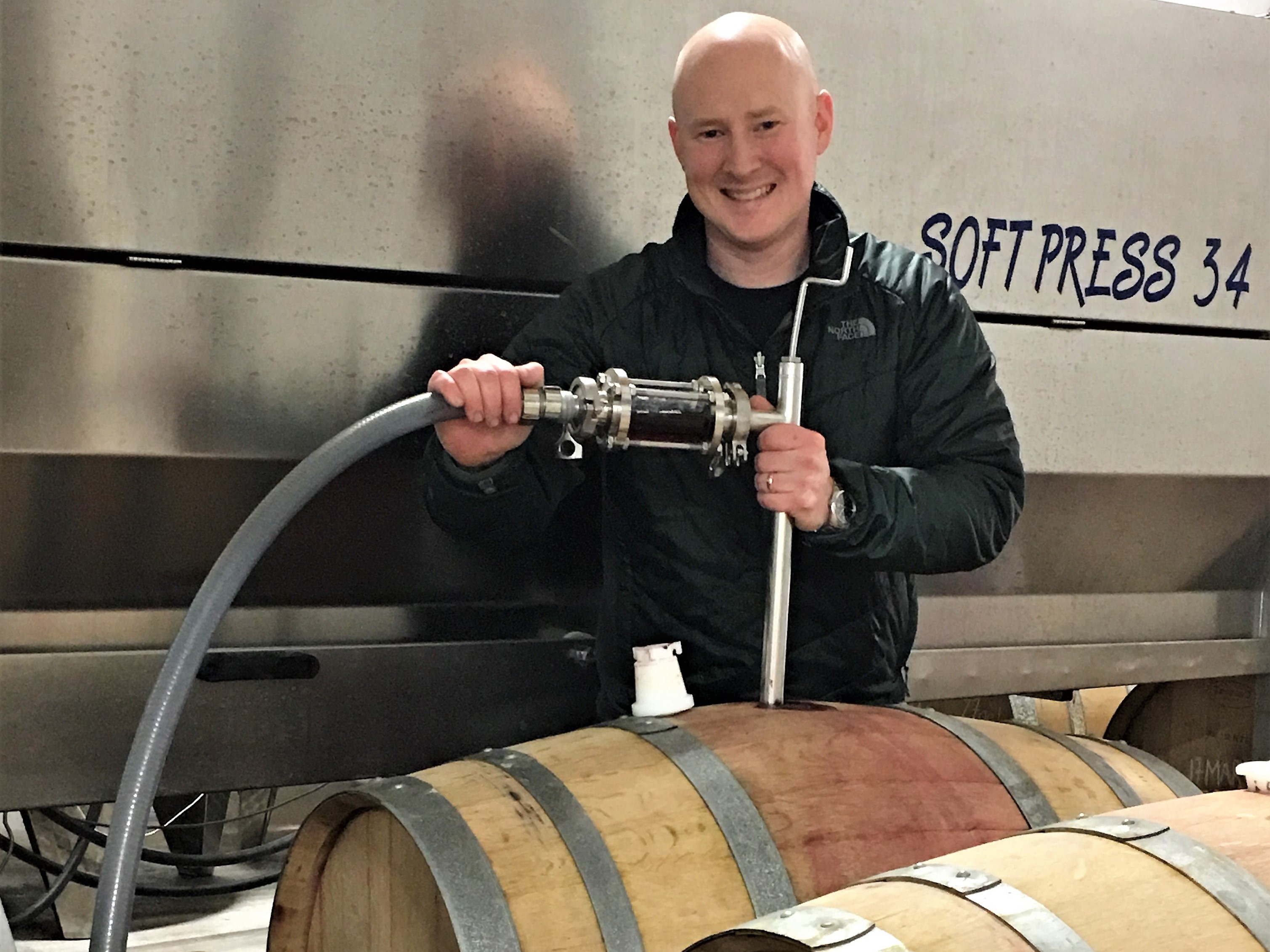 We have hired Seth Urbanek as assistant winemaker. Seth, a Texas native, is responsible for cellar management and assisting with all aspects of production working with head winemaker and viticulturist, Penny Adams, and her winemaking team.

“I was bitten by the wine bug at an early age,” says Seth Seth. “After I graduated from Texas A&M with a degree in International Relations, I spent a semester in France. While there, I fell in love with wine and knew I wanted to work in the wine industry. I temporarily put my winemaking aspirations on hold while serving a term in the U.S. Army.”

Seth was commissioned as second lieutenant, serving two tours in Afghanistan, and was awarded the Bronze Star Medal in recognition of his service contributions to the U.S. Army. He concluded his service as a Captain at Fort Drum, NY.

During his time at Fort Drum, he began to engage with several of the up and coming producers in the Finger Lakes region of upstate New York. After his tenure in the service, he was able to parlay those relationships into a job as part of the vineyard management team at Sheldrake Point Winery.

That experience led to a thirst for deeper understanding of the science behind wine. Seth pursued a Master of Science degree in Food Science and Technology, with concentration in Enology, at Cornell University. In that program he conducted research that explores advances in yeast metabolism during fermentation.

He pursued additional hands-on winemaking experience by taking a semester off from Cornell to work at MollyDooker Winery in South Australia as a laboratory technician and cellar hand. Most recently, Seth worked a three-month internship through the champagne harvest at Champagne Bollinger in France. A perk to the job was to take advantage of this expert palate to evaluate wines from a portion of the 3,500 barrels that make up the 2017 vintage.

“As the winery continues to grow and mature, we have made important hires to strengthen our team in essential areas of the business,” says Mike McHenry, managing partner. “Hiring Seth to support Penny is part of our strategic plan to continue to produce high-quality wines with Texas grown grapes. We look forward to integrating his talents into the team.”

Seth says, “I had not considered my home state of Texas as part of my winemaking career, but I was amazed at the quality of Texas wines when I was exposed to them at an industry conference. After a short conversation with Penny Adams, the winemaker at Wedding Oak Winery, I knew that we would be able to work together to produce quality wines from Texas fruit. I couldn’t resist the opportunity to work with Wedding Oak Winery to make stellar wines here in the Lone Star State.”

“We’re thrilled to have Seth on the Wedding Oak winemaking team,” says Penny Adams. “We both see winemaking as a two-fold approach of art and science. Seth’s scientific background is a great complement to my own academically influenced style.”

Seth is a Houston native, a graduate of St. Thomas Episcopal High School and Texas A&M University. He holds a certified proficiency in French language from Centre Universitaire d’Etudes Francaises, Grenoble, France, and a Master of Science degree in Enology at Cornell University.